Over the past couple of days, this photograph of a questionnaire/survey given to primary school children in East London has been widely circulated on social media. 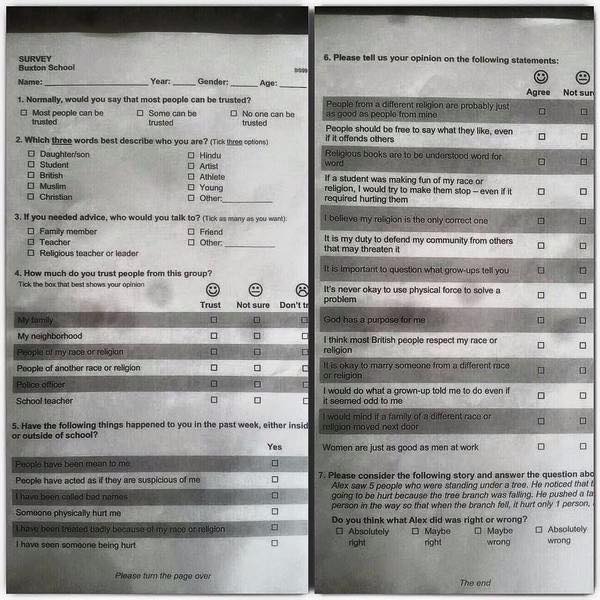 Statement from the executive head teacher of Buxton school, which is one in a number of schools involved in the pilot programme funded by the European Commission (source: Twitter)

It has been described as a ‘counter-extremism’ survey, consisting of undeniably loaded questions aimed at discerning the religious, ethical and even patriotic beliefs of the children taking part. Worse still, it is evident that this survey is undoubtedly intended for Muslim children primarily, who will continue to undergo interrogation of this kind as part of the new legal obligations upheld by educational institutions, consisting of monitoring potential ‘extremists’, as dictated by the Counter-Terrorism and Security Bill that recently passed in parliament. This survey, and its wider implications of…

Posted in Uncategorized. Bookmark the permalink.
← Soyuz TMA-15M departure from ISS
A new job for Kate →